Etymology ( The Hidden Meaning ) the hidden of the Third Eye Chakra

The word “Agya” is a Sanskrit word. It means “Command” or “Knowledge”.

The Secret Location of the Third Eye Chakra

The Third Eye Chakra is the 6th Chakra and is located at the center of the forehead, between the two eyebrows. To be anatomically correct, it is located on the backside of the third cerebral ventricle of the brain.

The Cerebrospinal fluid protects the brain from injury and transport nutrients and waste.

French philosopher, Rene Descartes (1596-1650) referred to the Pineal Gland as the “Seat of the Soul”. He believed that the Soul and the Body intersected at this point.

The Chakras are the points where all the three principal nerves meet. ( There are approximately 72,000 Nadis in the human body )

The names of the nerves are :

These three principal nerves ( nadis ) run upward from the base of the spine, Muladhara Chakra till the Third Eye Chakra intersecting through all the 4 chakras (Muladhara charkra, Swadhisthan Chakra, Manipur Chakra and Anahat Chakra) in between. Also, read about chakra and its associations.

The Ida is on the left, the Pingala is on the right and the Sushumna is at the center and they all meet at each chakra from 1st to the 6th.

The Autonomic Nervous System is the part of the nervous system that regulates the internal organs without conscious effort. For example; Heart, Liver, Kidneys, and many others.

The Third Eye Chakra is associated with the Pineal Gland. The pineal gland is small and pea-shaped in the brain.

According to neurologists, the Pineal Gland produces and regulates melatonin hormone. The function of melatonin is to regulate sleep patterns.

Now let’s understand the function of the Third Chakra on the spiritual level.

If you want to learn about meditation before moving to the chakra, click here.

The symbol of the Third Chakra is a lotus with 2 petals.

The 2 petals of the Third Chakra represent that at this level of consciousness, only 2; self and the existence remain.

The two petals also indicate the two opposites that co-exist.

As we mentioned above that The Chakras are the points where all the three principle nerves meet. The names of the nerves are :

The petals of the Third Chakra represent the two opposing nerves; Ida and Pingala

(The left and the right Sympathetic Nervous System)

Meditation on the Third chakra results in a healthy manifestation of the 2 petals of the lotus and creates a balance between the two opposites.

The Third Chakra is represented by Indigo (dark blue color)

Associations of the Third Eye Chakra with Subtle Body and Glands

The Third Eye Chakra and The Celestial body

The Third Eye Chakra is associated with the Celestial Subtle body which is the 6th layer of the Aura from the physical body. Stimulation of this chakra expands the Celestial Subtle body. This body is the point where the body is connected with the existence of the Universal Energy. When people become aware of this body, they become able to do telepathic communication, can communicate with the spirit world and have the power of manifest thoughts into reality.

The Third Eye Chakra and the Pineal Gland.

The element of the Third Eye Chakra is Light.

Meditators whose Third Eye Chakra has opened become more sensitive to light and seeing colors more vividly. Upon the meditation at this Chakra, a ray of light may appear coming from a distance, and over a period of time and practice, the light becomes so bright that it becomes almost difficult to look at. This awareness and experience of the light is the illumination of wisdom that destroys all the darkness within.

In the Holy Bible, (The Gospel of Thomas), it states that,

This indication of the light is about the experience of the 3rd Eye Chakra.

The Third Eye Chakra and the Bodily Sense

The Third Eye Chakra is associated with the sense of sight (The eyes).

As discussed above that the element of the Third Chakra is the Light and we all know that without light, human eyes become useless. No Light, No Sight. So, the bodily sense that is associated with the sight (The eyes).

Also, as the name suggests, the Third Eye Chaka, the Bodily Sense related to it are the Eyes themselves.

In Maha-sihanada Sutta’s (Ten Powers of a Tathagatha) Buddha says: “There are three eyes. The eye of Flesh, the Divine eye, and the eye of Higher Judgment.” This is the Buddha’s indication toward the 6th Chakra, the Third Eye Chakra.

The Mysterious Sounds and Mantra of the Third Eye Chakra.

The Third Eye Chakra vibrates at the frequency of 432 hertz. So, listening or humming along music in A Note music (A Note tuned in 432 hertz) can stimulate this chakra. The mantra of this chakra is OM.

If answers to almost all of the questions above are in “YES”, your vital energy is flowing up through Third Eye Chakra and it is awesome news but if most of the answers are in “NO”, you need to work on this chakra. Let’s discuss how to do it, step by step?

Sit or lie down in a comfortable position. Close your eyes, loosen up your body, take a deep breath in and let go and relax. Now, repeat these words and visualize the words with feelings as a manifested reality. Take a deep breath after each sentence.

Sit or lie down comfortably with your spine (back) straight.

Take 4 slow and deep breaths and relax and let go.

Visualize a deep blue circular light emitting from the location of the Third Eye Chakra.

Simultaneously, chat the mantra of the chakra, HAM (optionally, along with the music in A Note. That is A Note tuned at 432 Hertz)

Master’s of Breathing for Mental Health

Meditation is a practice that brings us into total awareness and takes us beyond thoughts or feelings but not by avoiding them but by understanding them bit by bit and breath by breath.

What we will learn in this course:

Enroll Now
No Article rating
0 Reviews
Was this article helpful? Please rate this article to give us valuable insights for our improvements. 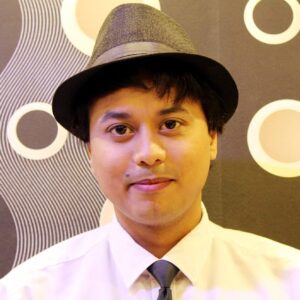 Use code "ZENCARE25" to receive 25% discounts on Hypnotherapy and Past Life Hypnotherapy. Dismiss