Chakra and its Associations: What are Chakras?

We must understand what an Aura is before understanding Chakra and its associations. So, let’s talk about Aura.

Our bodies are made up of cells, and each cell is made up of atoms and every atom has an electric field that can be measured and recorded by ultra-sensitive devices like; electrocardiograph (E.C.G.), electroencephalograph (E.E.G.), electromyography (E.M.G.) and others. So, we are not just physical bodies; skin, blood, and bones but also a continuously pulsating bio-electromagnetic energy house.

According to Spiritual Science, the bio-electricity energy field constantly interacts with a more subtle energy field known as Aura ( Rainbow Aura ) or Luminous Light Body. The Aura is different in all people and reflects their physical, psychological, and spiritual states. 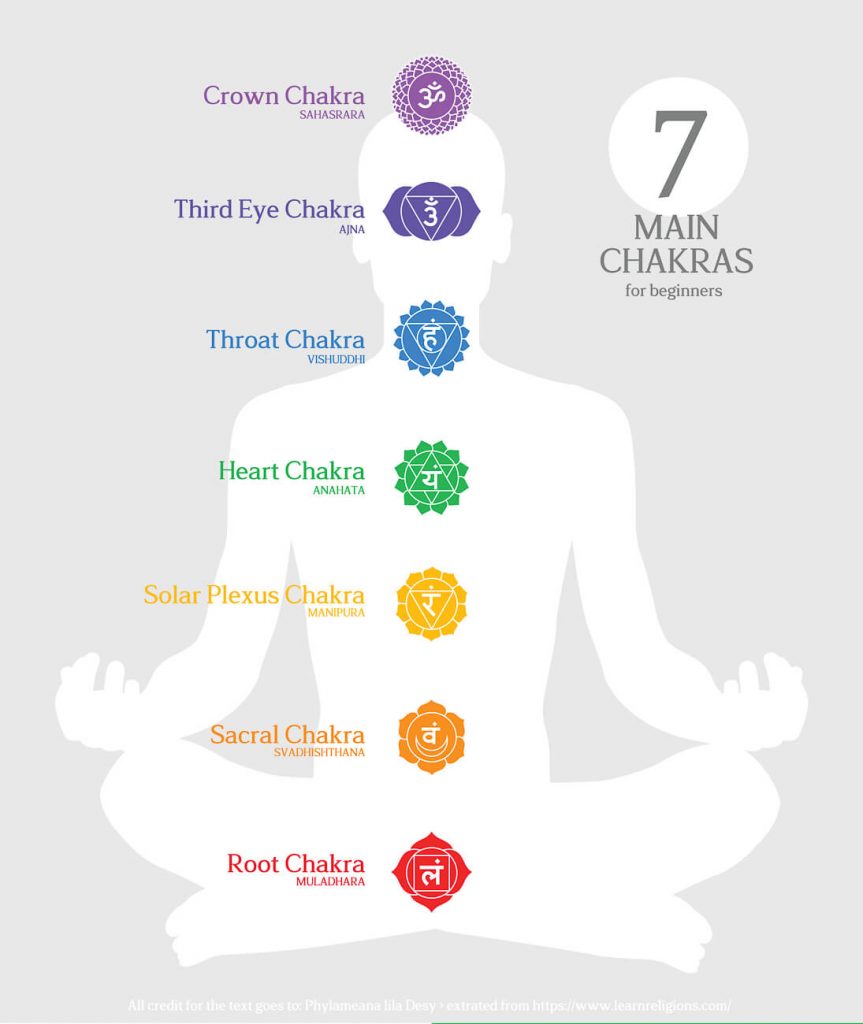 The Aura can be photographed by Kirlian Photography. It is named after Semyon Davidovich Kirlian, a Russian researcher, and inventor. In the late 1930s, he discovered that if an object on a photographic plate is attached with a high-voltage source, a special kind of holographic type of image is formed on the photographic plate, radiating light spectrum. He observed that the light spectrum of a healthy person is wide while an unhealthy person is narrow.

His further study says the light around the body starts becoming dimmer or smaller 6 months before falling ill or dying. Eastern Yogic Science states that 6 months before you die, you stop being able to see the tip of your nose. What a significant similarities between the 1000 years old wisdom and recent historic scientific fact? Isn’t it?

In the same decade, a scientific study conducted by Wilhelm Reich, an Austrian doctor of medicine and psychoanalyst also has proven the fact of the presence of Aura. Dr. Reich, when he was working at Sigmund Freud’s clinic, observed that during psychotherapy when clients are in a hypnotic and relaxed state of mind, many mentioned an experience of light. He termed the light as Orgon. Today, we have a separate branch of science to study organ which is called Orgonomy which studies the primordial energy in Nature from microscopic organisms to the largest galaxies. 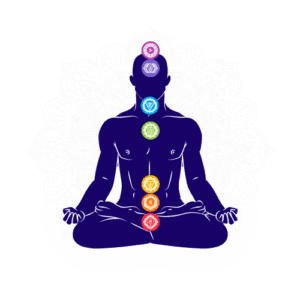 Chakra and its associations:

Some highly spiritually gifted people have the ability to see the Aura of self and others since childhood or the ability can be developed through intense spiritual practice. Aura is luminous radiation around a person or object like the halo or rainbow circle.

In the Bible (Ephesians 5:14), it says, “Wake up, sleeper, rise from the dead, and Christ will shine on you.” The word “Shine” denotes Aura. A pathological criminal has a dark and narrow Aura while a compassionate person has a bright and wide Aura.

If you notice the picture of Jesus, Buddha, Hindhu Gods, and Goddess any spiritually awakened person, they are always depicted with bright sun or a source of light over the head. The light represents the Aura. The Aura is called Prana Urja in Nepal and India as in Pranik Chikitsa ( Healing), Chi in China as in Tai Chi, Ki in Japan as in Reiki, and by different names in different nations. As per Patanjali Yoga Sutra, the centers from where the Aura is generated are called, Chakras. Chakra is a Sanskrit word that means “The Wheel of Light”.

Chakra and its associations.

Apart from Major 7, there are Minor Chakras also ;

Additionally, there are many tertiary chakras that are identified in the following centers;

However, the major 7 chakras are the most important ones which we shall discuss in detail.

Are you Spiritual? Know through Vedic Jyotisha